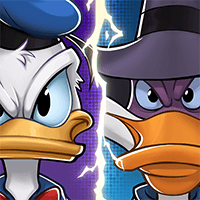 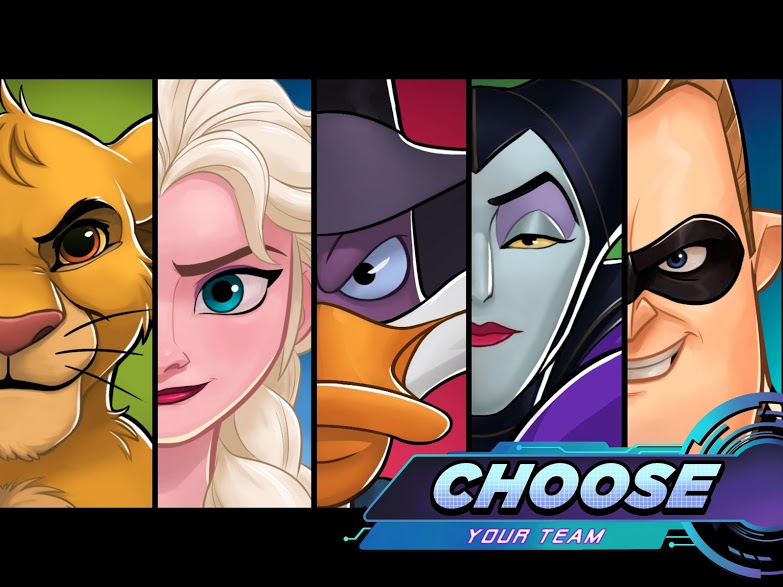 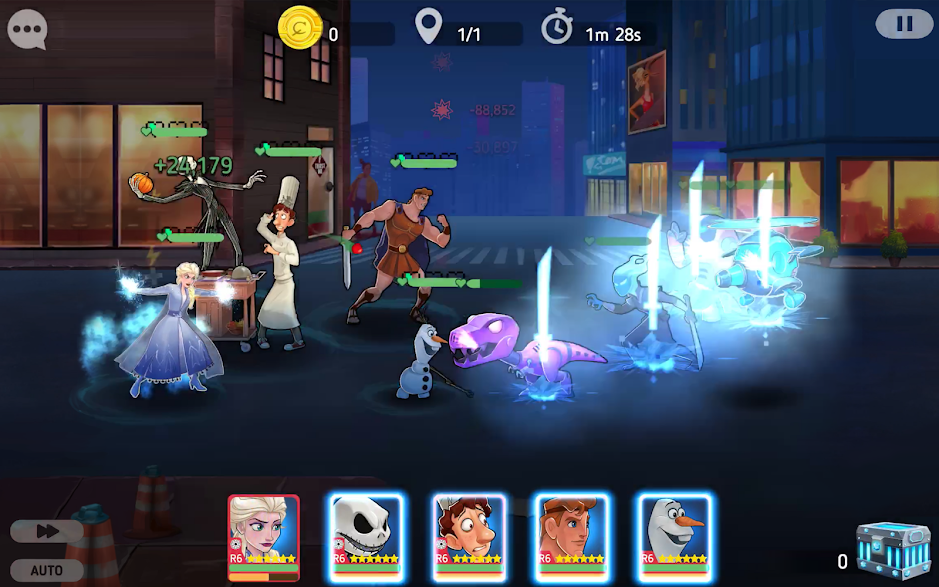 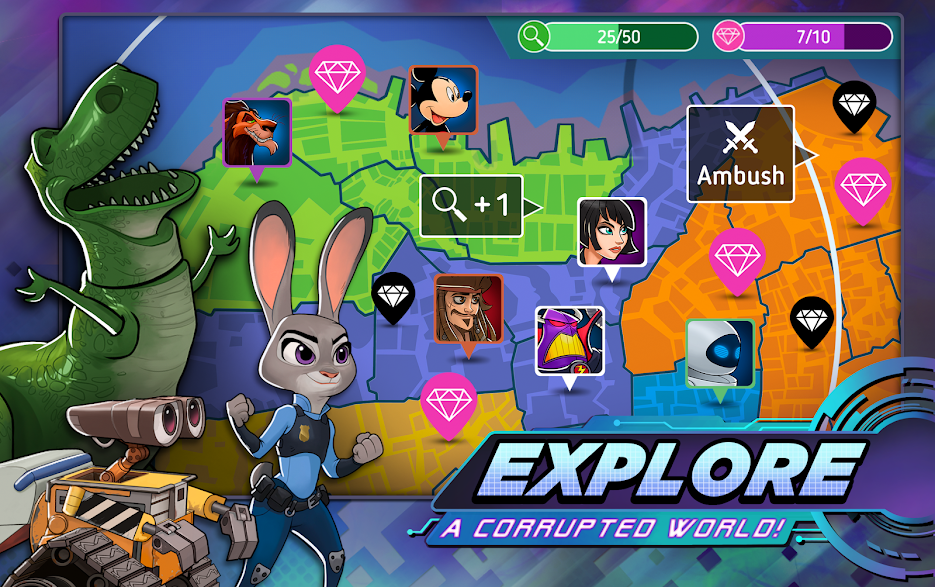 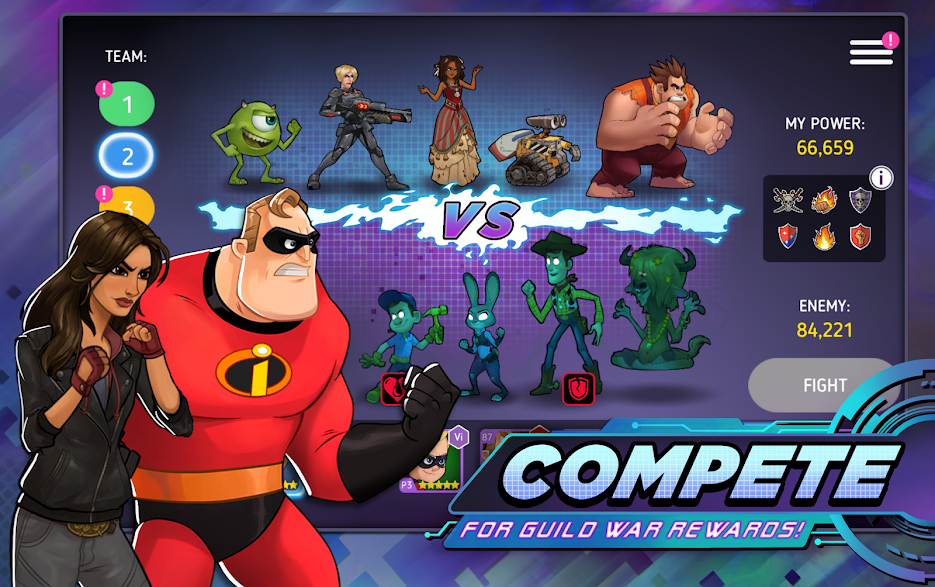 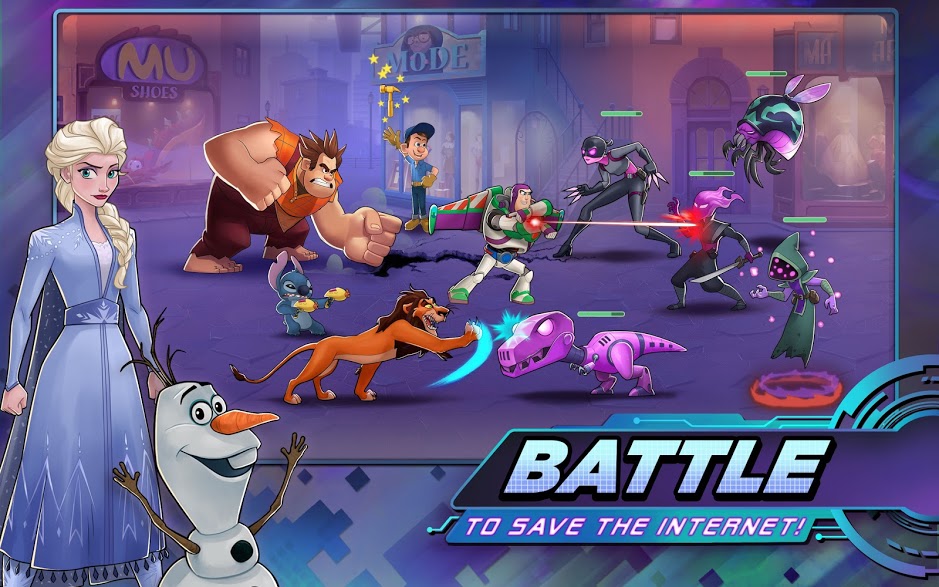 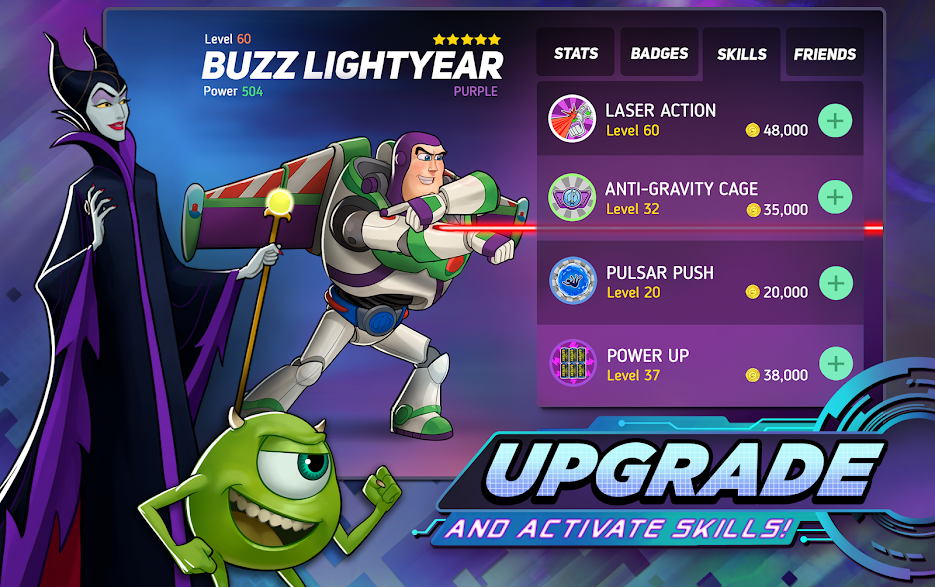 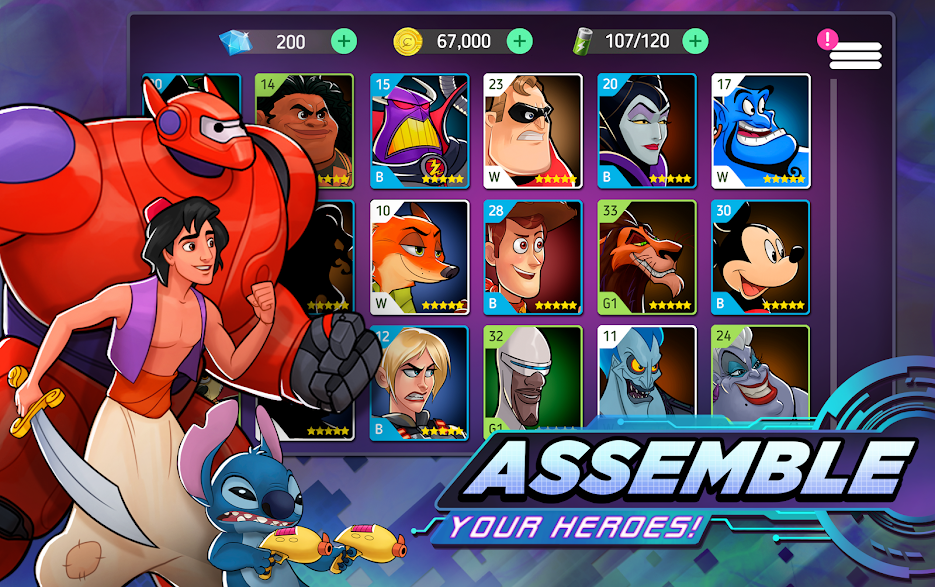 Welcome to the digital city… and enjoy it while you can. A wicked virus is corrupting every pixel, turning even the heroes' own friends and family against them! Pull together the best teams for the job, equip powerful gear, and battle against incredible odds to save your fellow heroes.

Disney Hero Battle starts when Wreck-It Ralph and Vanellope von Schweetz find the Beta Key to unlock the mysterious RPG inside the digital city. Unfortunately, the game was plunged into chaos, and many other Disney and Pixar heroes were pulled inside the Digital City. They need help, so you have to team up to battle the swarming enemy called Creeps.

Only you can win the day! No cape required.

- Team up for missions and special campaigns

- Explore the digital world & save the Disney & Pixar heroes

Disney Heroes: Battle Mode ©Copyright by Gamdise Do not Reproduce. By JoJo

Are you a big fan of Disney animated movies? Or are you a fan of the most famous heroes from Pixar? If you’re a massive fan of both, then you will find the hero you like. It's the first game published under their new license with developer PerBlue after shuttering other games like Marvel Heroes. it's an action RPG starring a wide variety of iconic Disney and Pixar characters. In Disney Heroes: Battle Mode, you will meet Elastigirl, Timon, Pumbaa, Aladdin, Elsa, Buzz Lightyear, Woody, Merlin, Captain Jack Sparrow, and other heroes! You can equip them with powerful equipment, which can enhance their abilities to fight against minions, robots, ninjas, mages, monsters, and skeletons.

Disney Heroes: Battle Mode pulls in a huge variety of different Disney and Pixar characters, and the graphics they rendered together in a pseudo-3D environment are great, every hero model packs in incredible amounts of detail. And Disney Heroes Battle Mode features buttery smooth animations and transitions. The frame rate during battles is impressive, as it seems to be about 60fps. The music is nice to mix of quirky and glitchy tunes. It amps me up each time I go into battle because it's futuristic, which brings unique fun to my battle.

The game is a simple, idle RPG. At least mechanically it's simple. You have very little direct control over your characters. Now and then their character portraits will flash, and you'll be able to tap them and unleash a special move. The real meat of the experience involves numbers. You're leveling up your roster of characters in a variety of different ways, adding special skills and toughening them up so they can take on different and more difficult challenges. Heroes earn experience points after each successful battle (even if they die), but you may also power them up with boost items and equip badges for added benefits. You earn badges as reward items for completing levels.

True to its “idle” nature, playing the game mostly involves choosing party compositions, equipping gear, and initiating missions before sitting back and watching your heroes take care of the rest. Battles themselves are a bit monotonous and repetitive, without much input from players. Your team rushes in and attacks the corrupted Creeps automatically, and occasionally throws in a special ability. Each attack fills up a gauge on their portrait, and when it's full, you're able to tap their icon to unleash an ultimate move. Wash, rinse, and repeat.

Even though the gameplay is a bit routine, it impressed me because of its great concept and graphics. If you are a huge fan of Disney and Pixar movies, I recommend you to try it!