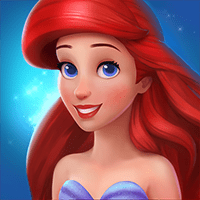 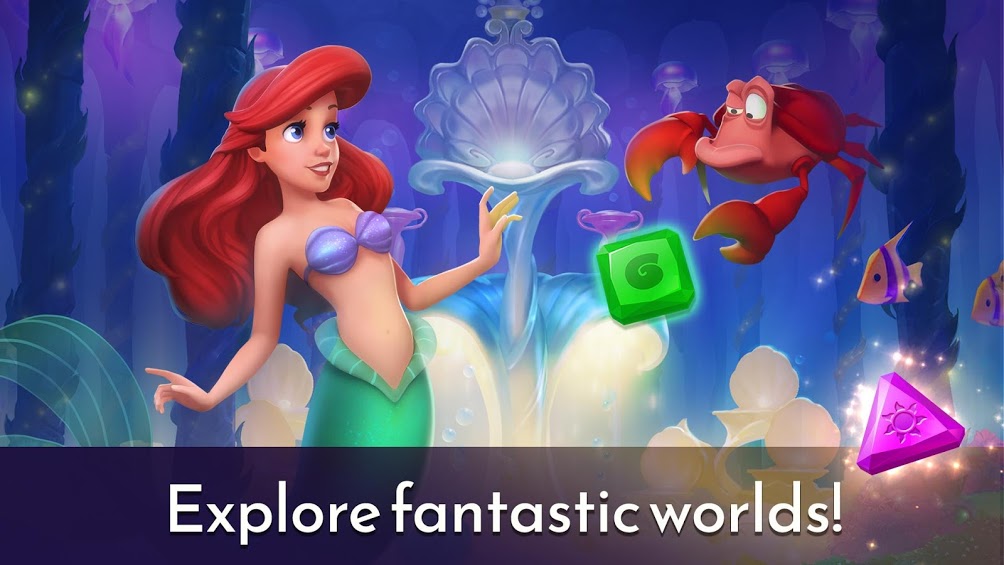 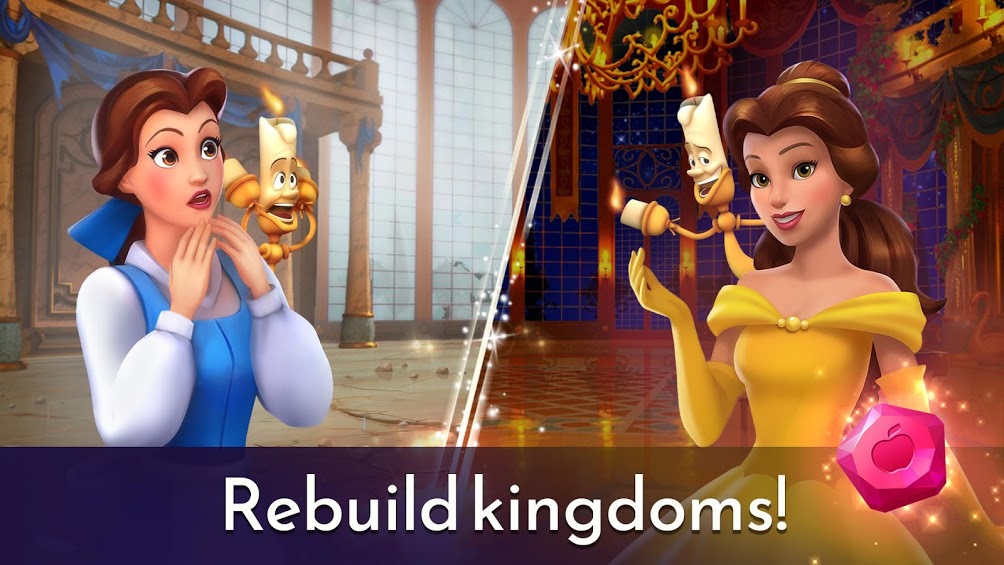 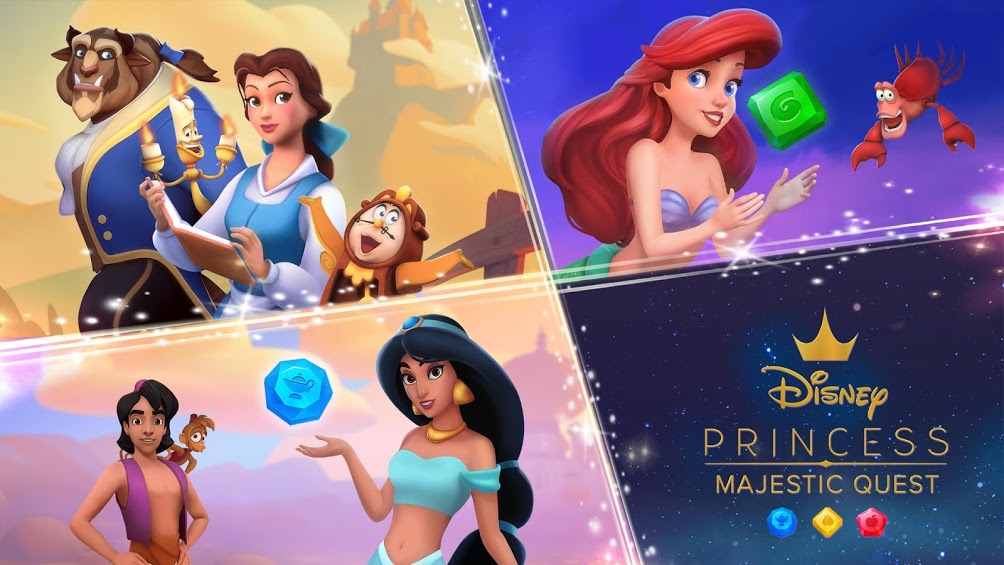 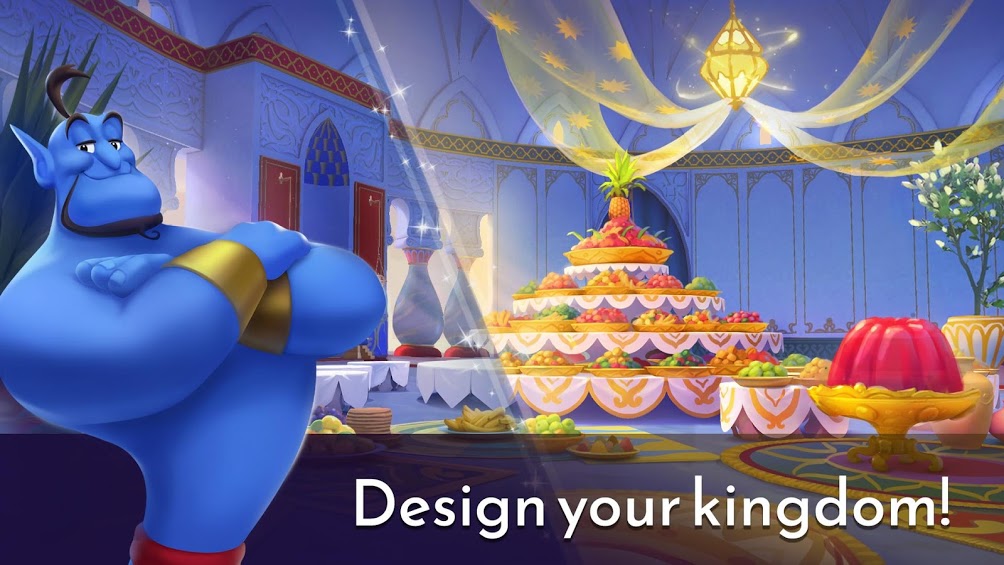 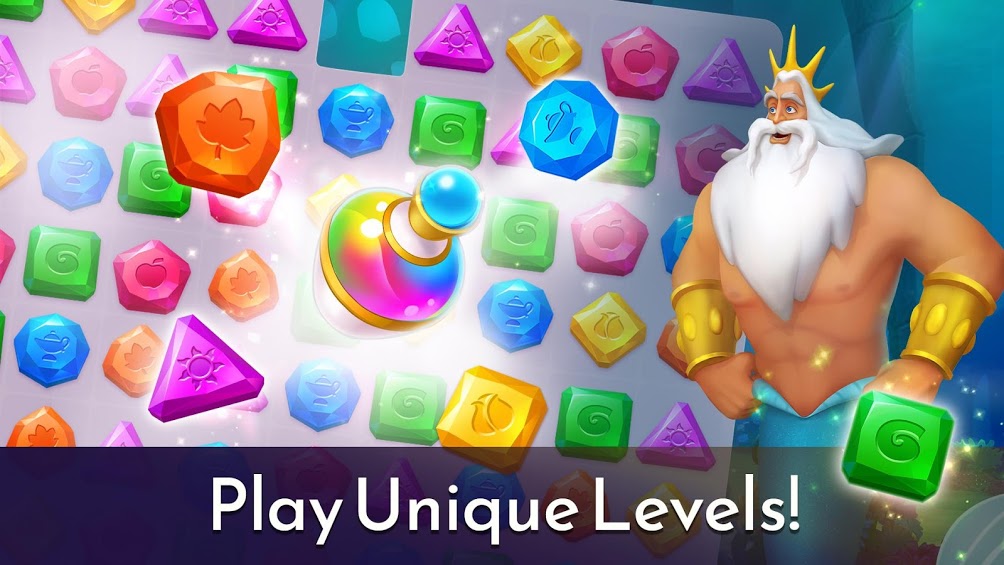 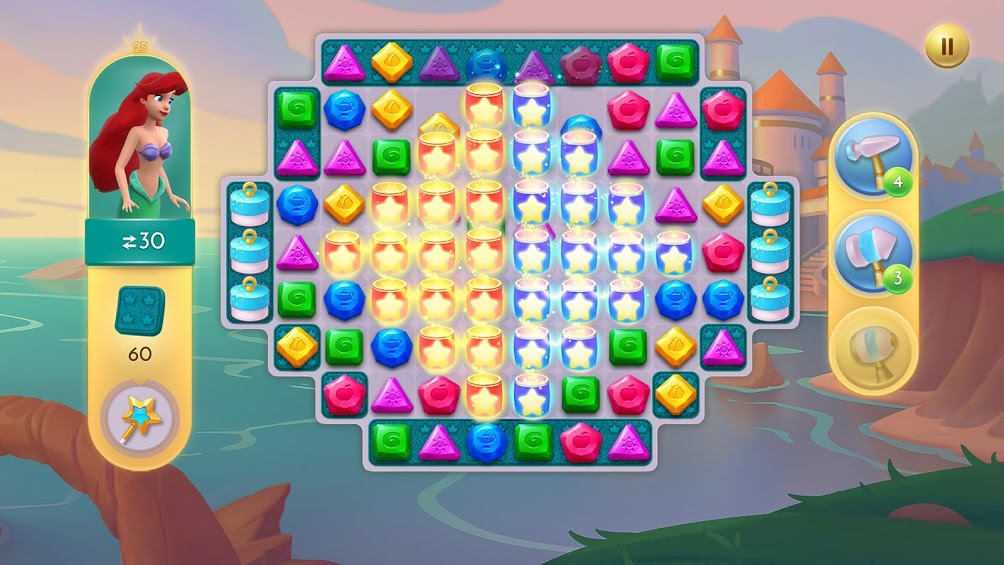 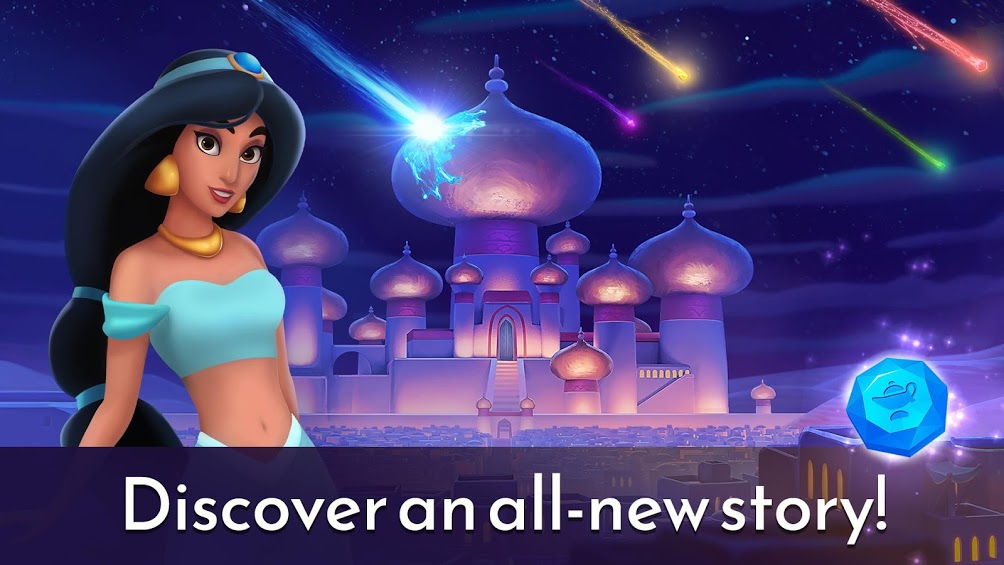 Disney Princess Majestic Quest is a casual game developed by Gameloft that combines match-3 and decorative elements. Mulan, Ariel, Belle, Jasmine and more take you on a magic match-3 journey, from Agrabah to Atlantica and back. There are hundreds of exciting puzzles and by completing them you can help the Disney Princesses restore and decorate their kingdom. Are you ready to join the Disney Princesses in a brand-new adventure?

► Disney Princesses rise to the occasion in the wake of a magic storm.

► Assist each Princess as they rise to the occasion as rulers in the wake of a magic storm.

► Piece together clues to solve the mystery of the Gemstorm and rebuild their Kingdoms, Explore the vibrant worlds of Princess Jasmine, Belle, Ariel！

► Use fantastic boosters and blasting combinations to crush gems!

► Play puzzle games to solve the mystery of the Gemstorm.

► The Princesses’ kingdoms need repair—help each Princess with Match-3 puzzles.

► Design Disney palaces, decorate the kingdoms and add your own special touch to each Princess’s home.

Disney Princess Majestic Quest ©Copyright by Gamdise Do not Reproduce. By JoJo

Throughout the game, the player's main task is to help the Disney princesses restore the kingdom. Basically, players start with Jasmine in the Agrabah Palace scene. Players must use the stars earned through match-3 levels to complete missions to progress through the current scene. While Jasmine's father is out on a diplomatic mission, you'll start helping her restore the royal rooms in the Sultan's Palace. After you've completed a few levels, you'll be able to unlock Belle's scene, where she needs help repairing the Ballroom in Beast’s Castle. Finally, you'll eventually unlock the scene into Ariel's storyline as she needs help restoring King Treyton's throne room. Once you've unlocked access to the princess and her storyline, you can swap stories at any time, depending on the room you want to fix. It's worth pointing out that you'll unlock access to three different princesses fairly early on. Additional princesses and content will be added in future updates.

It's a match-3 game where players are matched in a format similar to Candy Crush Saga, Cookie Jam Blast, or other similar games. In each level of Disney Princess Majestic Quest, you'll need to complete a specific objective before the action runs out. For example, one level may ask you to collect leaves by making matches on top of them, while another level asks you to free fairies by making matches next to the symbols they’re "trapped in." You can create a line of three or more identical symbols by swapping the positions of two symbols that touch each other or match them in the shape of a "T", "L" or a square. The better matches players make throughout the game, the more power-ups they will receive. Whenever players make multiple matches, the wand displayed at the bottom of each Disney princess automatically activates to clear the objects needed to complete the mission.

As you complete levels, you'll earn stars that you can use to complete missions in each princess' storyline. Once the player completes each scene with the stars, the player must move on to other scenes that the player has unlocked. To unlock a new scene, the player must acquire many keys needed to unlock the new scene. The more the player progresses, the more difficult the scenes become to complete, as more tasks require the player to use more than one star to complete the task, in addition to more difficult levels where the player will encounter various types of elements in more levels. Sometimes, if the level gets difficult, an optional power-up can be used throughout the game. Disney Princess Majestic Quest is a free-to-play game, but it also allows you to play with virtual currency, which can be acquired as you progress through the game, by deciding to watch certain advertisements, or by paying with real money.