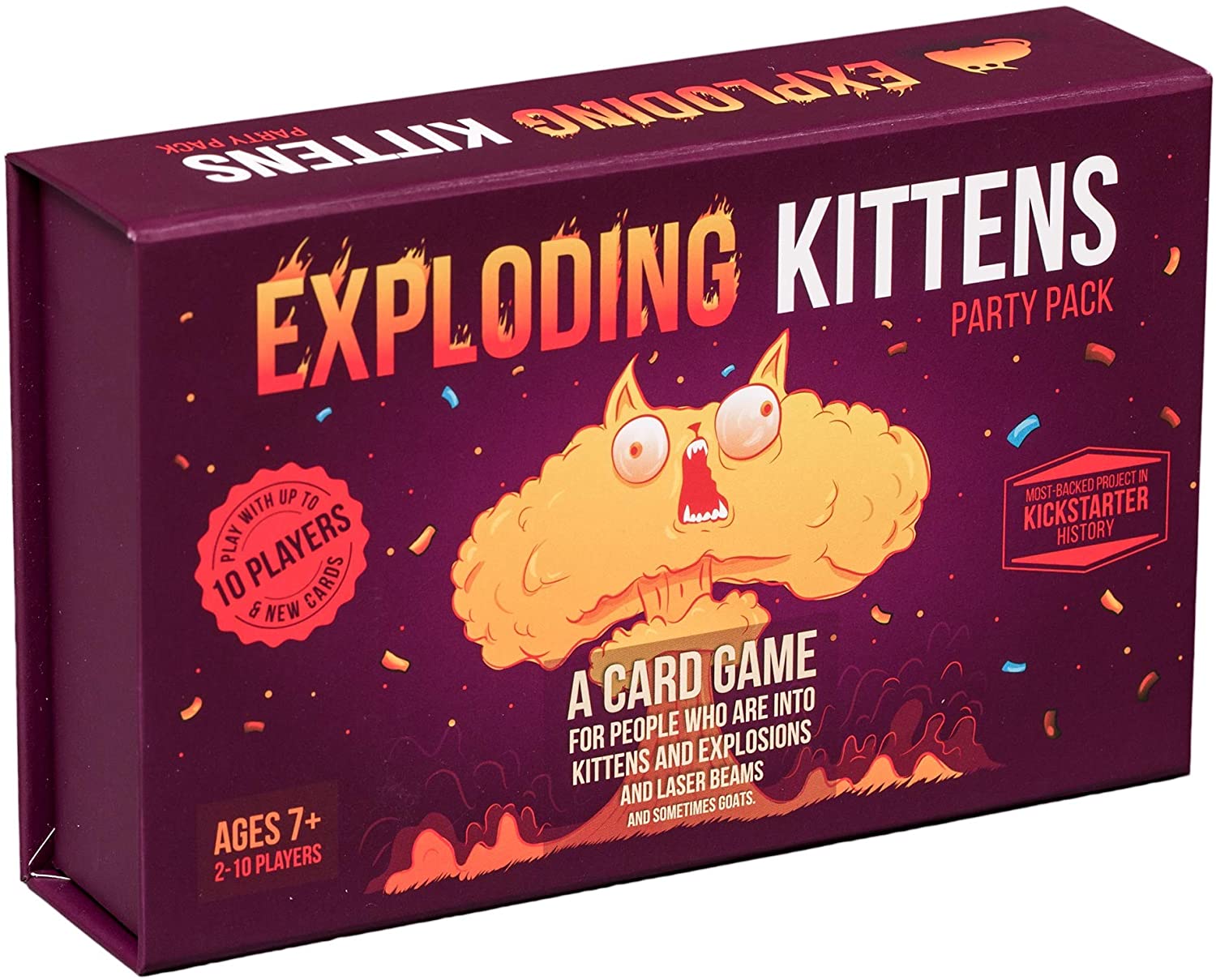 Exploding Kittens Card Game
4.5 Review
Price: $29.99
View Product
Gamdise sorts out the included game products and all the links jump to Amazon or The Official Store of game developers. There are no malicious links, and they do not participate in the sales share. Please support the game merchandise of legal copy, and feel free to click to browse. 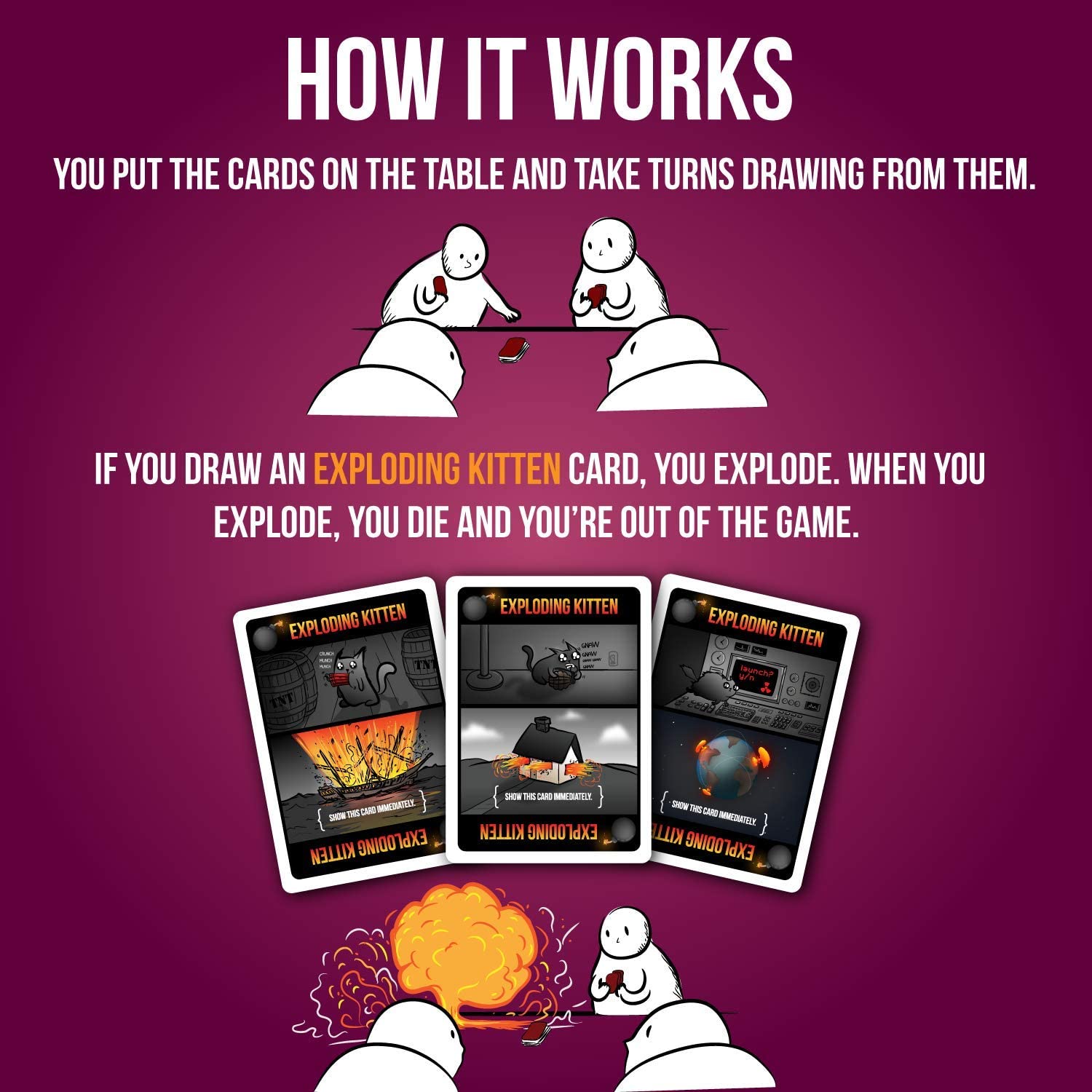 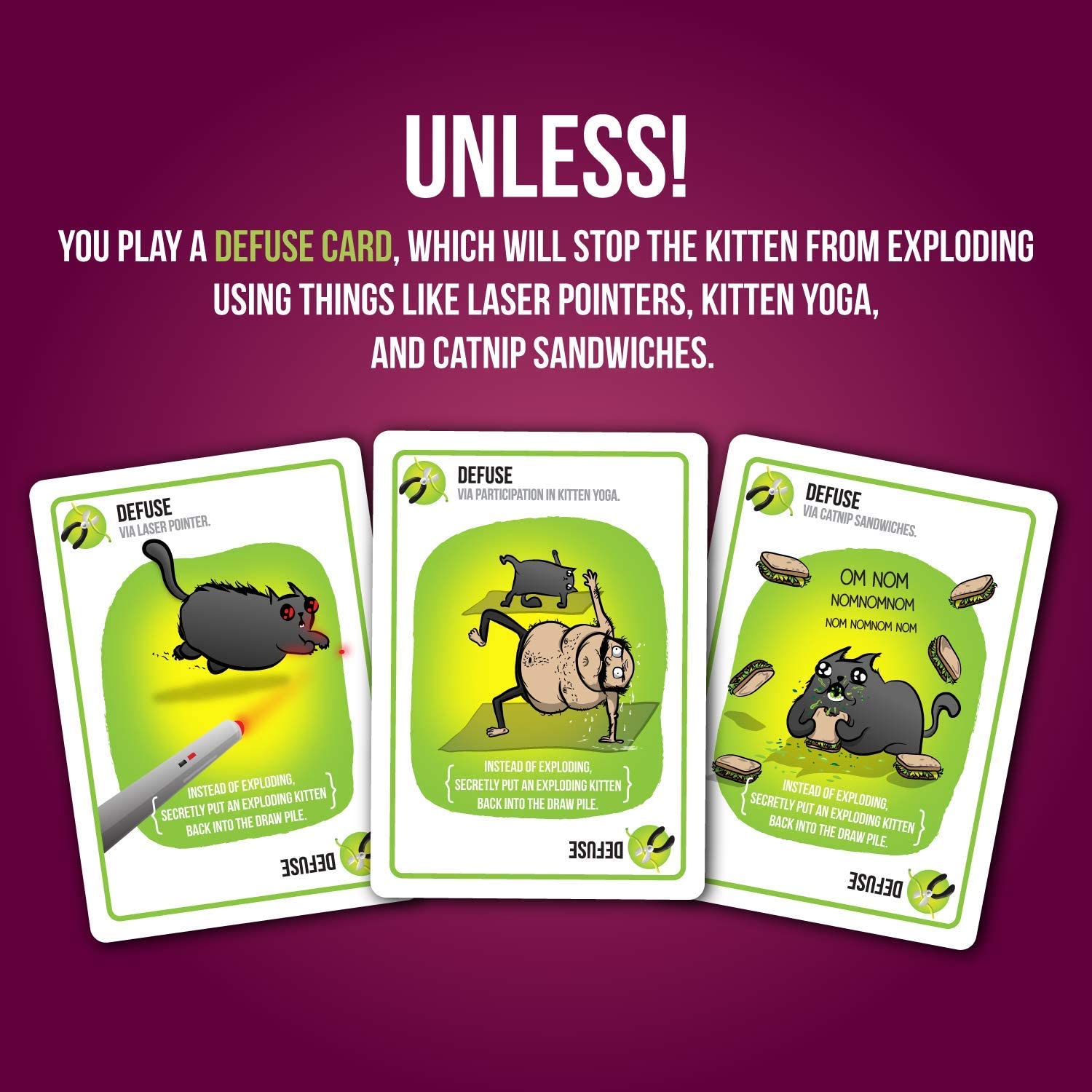 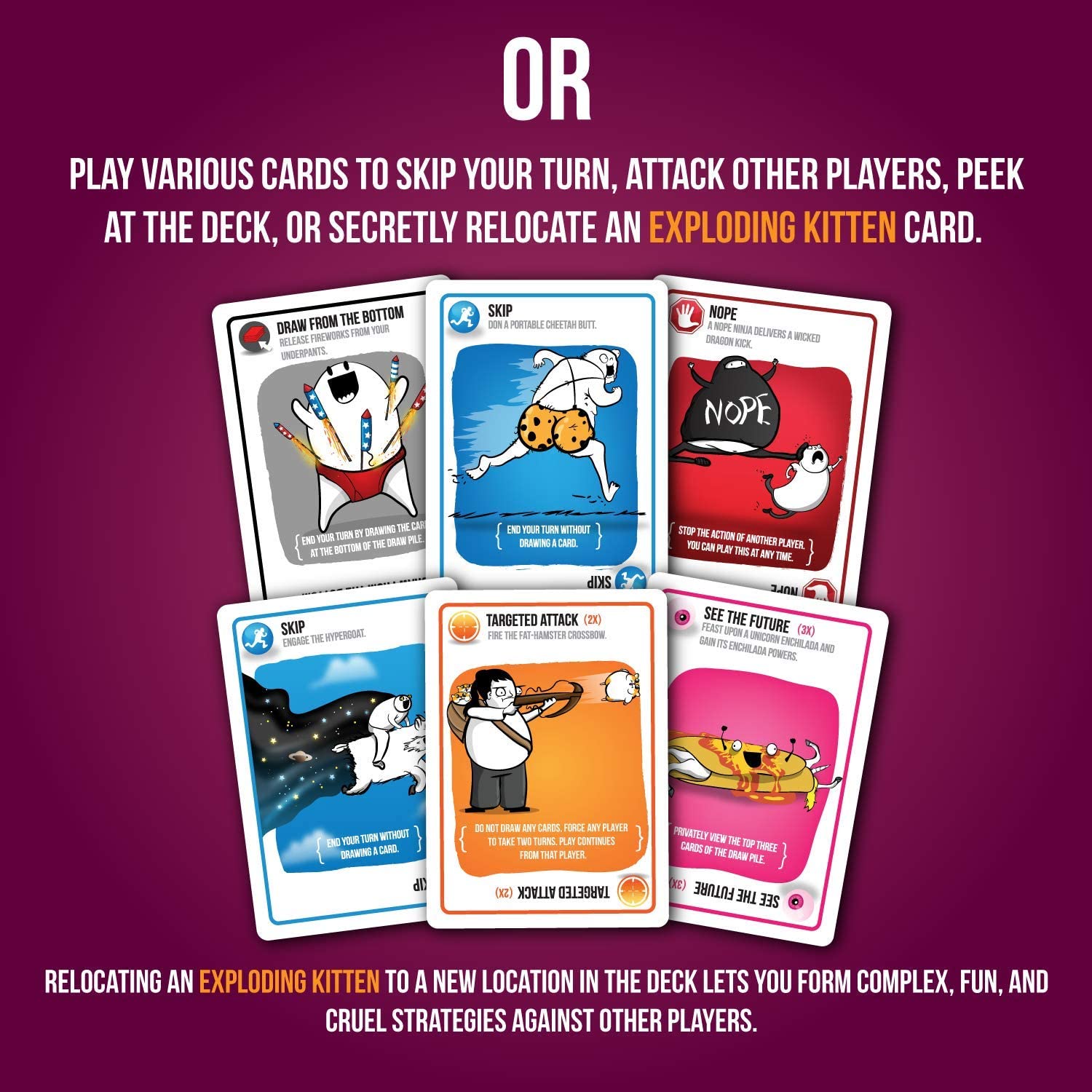 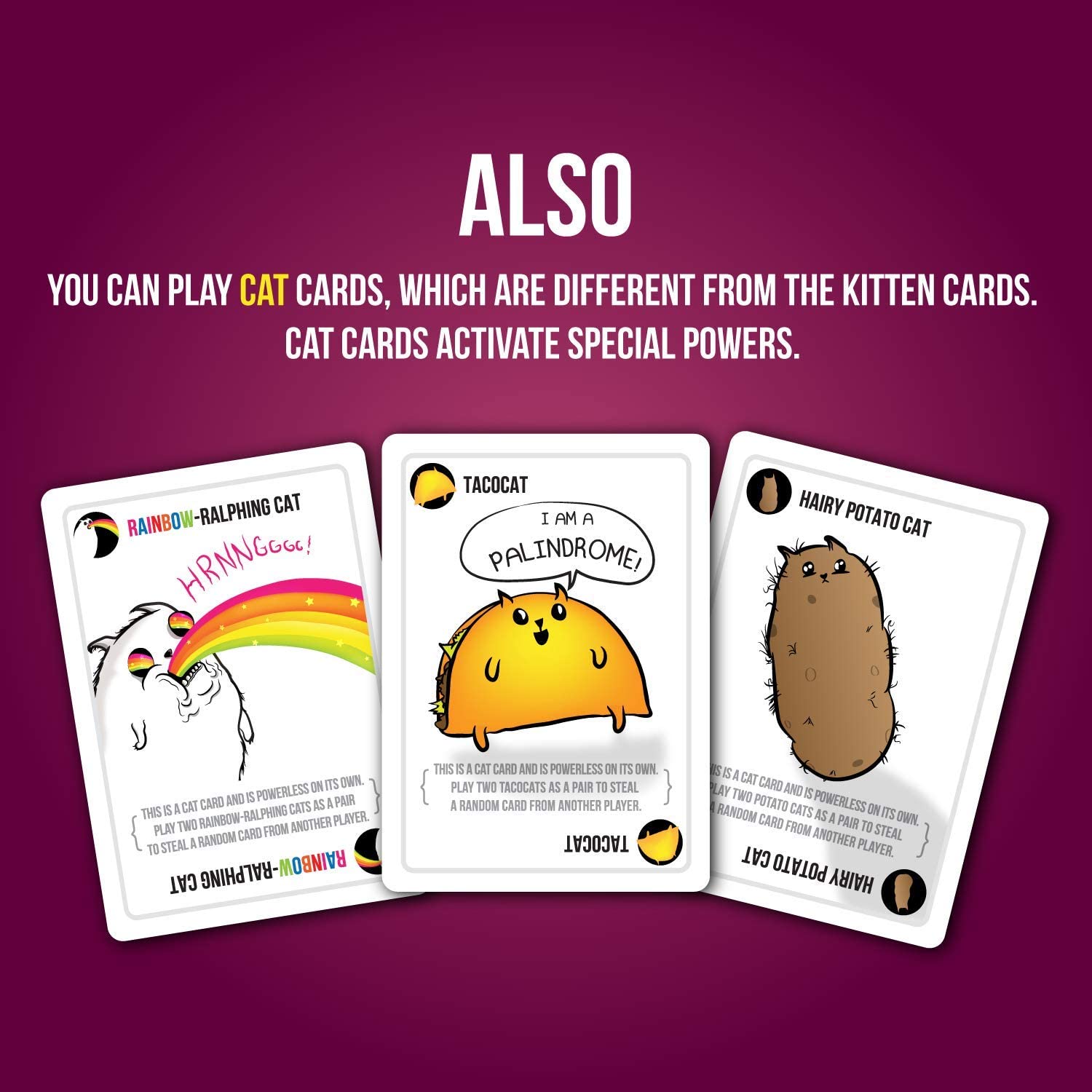 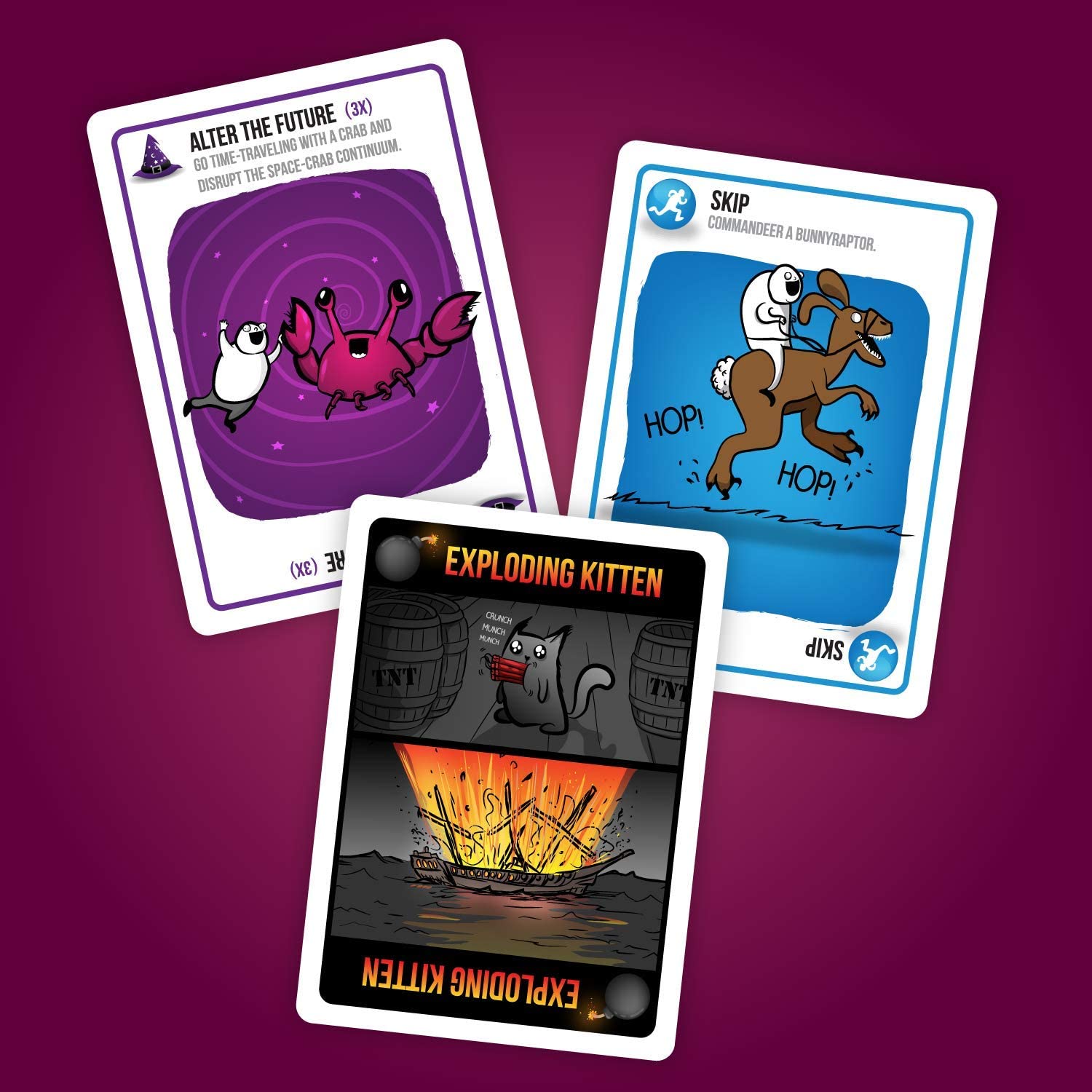 Exploding Kittens is a highly-strategic, kitty-powered version of Russian roulette. It's also the most-backed crowd-funded product in history which of course we hate to brag about. This Party Pack version of Exploding Kittens has enough cards for 2 - 10 players, and the box plays kitty-themed dance music every time you open it!

In this highly-strategic, kitty-powered version of Russian roulette, players draw cards until someone draws an Exploding Kitten, at which point they explode, they are dead, and they are out of the game unless that player has a Defuse card, which calms the volatile kittens using things like laser pointers, belly rubs, and catnip sandwiches. All of the other cards in the deck are used to move, mitigate, or avoid the Exploding Kittens.

Exploding Kittens is the most-backed crowd-funded product in history!

Party Pack is the same family-friendly party game as Exploding Kittens. Seriously, it's a game for kids and adults, so it's fun for family game night. As the box says, there are enough cards to play with up to 10 players, but the deck itself is separated by cards for 2-3 players and cards for 4-7 players. The two decks combine for an 8-10 player game. For die-hard kitten fans, this is still a great addition to your game collection.