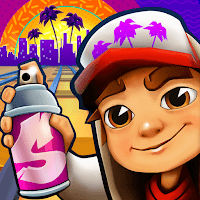 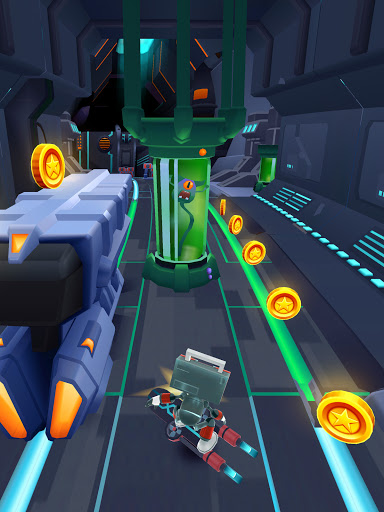 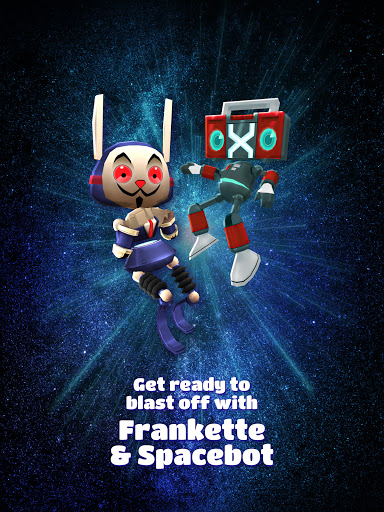 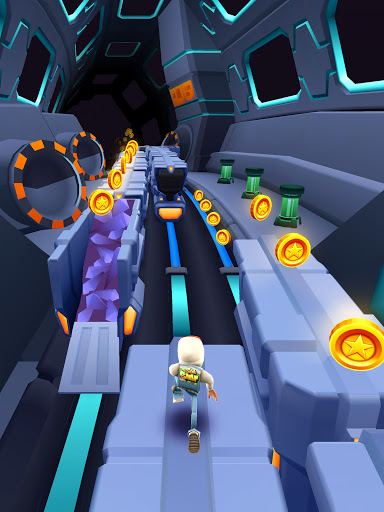 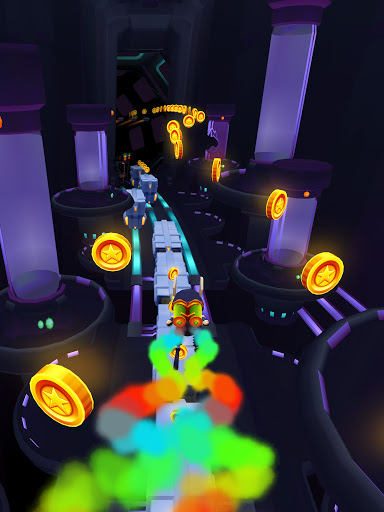 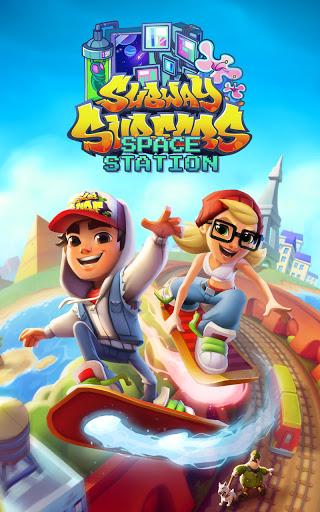 Subway Surfers is a recent very popular, classic parkour game comparable to Temple Run, with a beautiful look and bright and colorful 3D graphics, where there is a lot of fun and humor. The graphics are gorgeous and exquisite, with a wide range of colors to make people feel comfortable, plus the quirky sound effects and music, and the operation is very smooth and clean. The main idea of the game is to run on the tracks, but apparently the police are very unsupportive of this little hobby of ours. One needs to cross the subway tracks while dodging the police and collecting as many gold coins as possible. The game is so much fun and every time it is updated, the place is different, so if you like this kind of game, you might download and play it.

The goal of the game is to run as far as possible, while also collecting as many gold coins on the tracks as possible, with the game's perspective facing the direction the character is moving. Help the main character avoid the grumpy police and his dog by simply swiping up, down, left and right to avoid obstacles and oncoming trains. In the air you can also change direction left and right, and you can also double-tap the screen to bring up the skateboard, which is equivalent to adding a life in a limited time. The game also contains a variety of props such as spring shoes. Subway surfing game process can be randomly picked up some props, but also in the prop store with gold coins to buy, these props can also be upgraded!

Subway Surfer ©Copyright by Gamdise Do not Reproduce.

Subway Surfers is an endless runner mobile game released in 2012 and available on Android, iOS, Kindle, and Windows Phone platforms. There's really nothing particularly new about Subway Surfers. Like Temple Run, the point is to run endlessly to avoid capture. But it's still an immensely entertaining game.

Although nowadays, Temple Run has lost its popularity, Subway Surfers remains one of the most downloaded mobile games out there. It still thrives and its player base continues to steadily grow.

The game “Subway Surfers” is a favourite time-waster for most students. The storyline of the game focuses on a teenage who is a graffiti artist vandalizing public property, i.e., spray painting train. When a police officer sees it and starts to chase, it is up to the player to help him escape. Subway Surfers is all about running away from the cop.

The player controls the main character through swiping the screen. it’s nothing innovative. Swipe up to jump, swipe down to slide, swipe left to jump left, and swipe right to jump right. These controls are easy to learn and the character controls are simple. More often than not, the controls are responsive. For an infinite runner game, good controls are paramount. Throughout the run, you can collect coins, gain power-ups, and even ride a hoverboard.

There’s also a social media element to Subway Surfer. If players log in to their Facebook account, they can race against their friends that also have the game. Whether you’re competing with friends, attempting to unlock a new character, or trying to beat your old score, the game always gives you something to strive for. There are missions and leaderboards too, which function as incentives and can give you the motivation to play.

Although Subway Surfers has microtransactions and it helps you to progress further faster, most people on top leaderboards only play for free. You can play this game for years and not spend a single penny. It is not the game pay-to-win, as one’s skill is the biggest factor in success.

While Subway Surfers is a really fun game for killing boredom and competing with friends, it’s not perfect. The game is a repetitive gameplay. You’re essentially doing the same thing over and over again. Subway Surfers’ graphics are always the same. The fact that there isn’t much variation in gameplay can lead people to stop playing.

So, what’s the verdict? My opinion Subway Surfers is a great game and most importantly it is free of charge. If you’re interested, go and download it now! The only way to find out whether you like it or is to give it a shot.