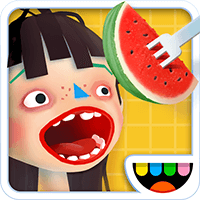 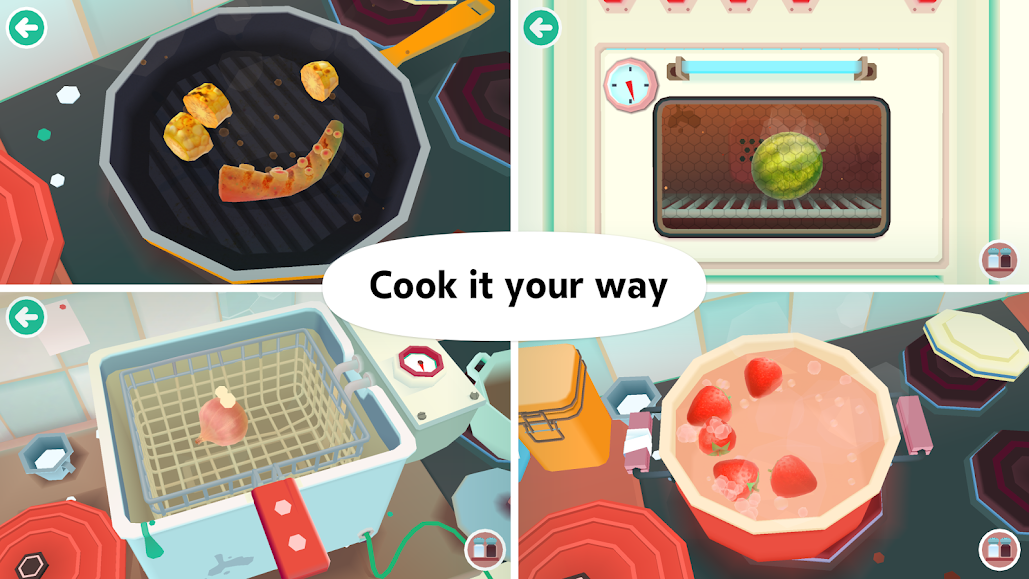 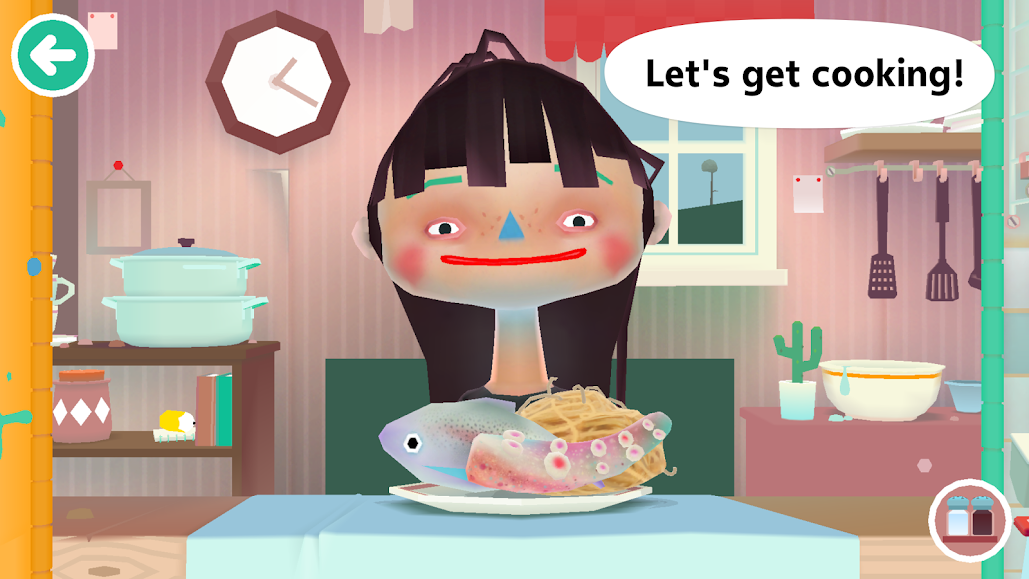 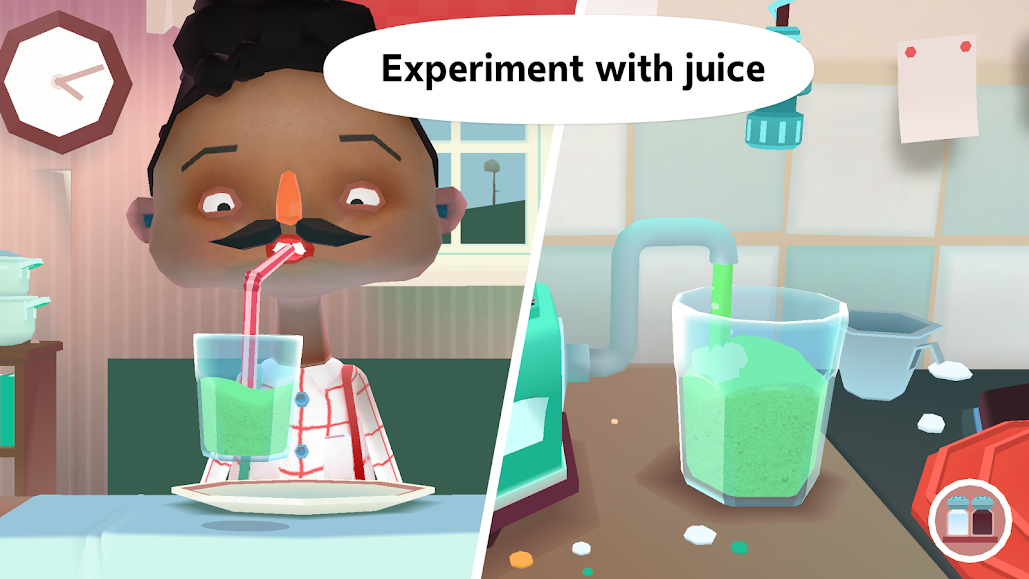 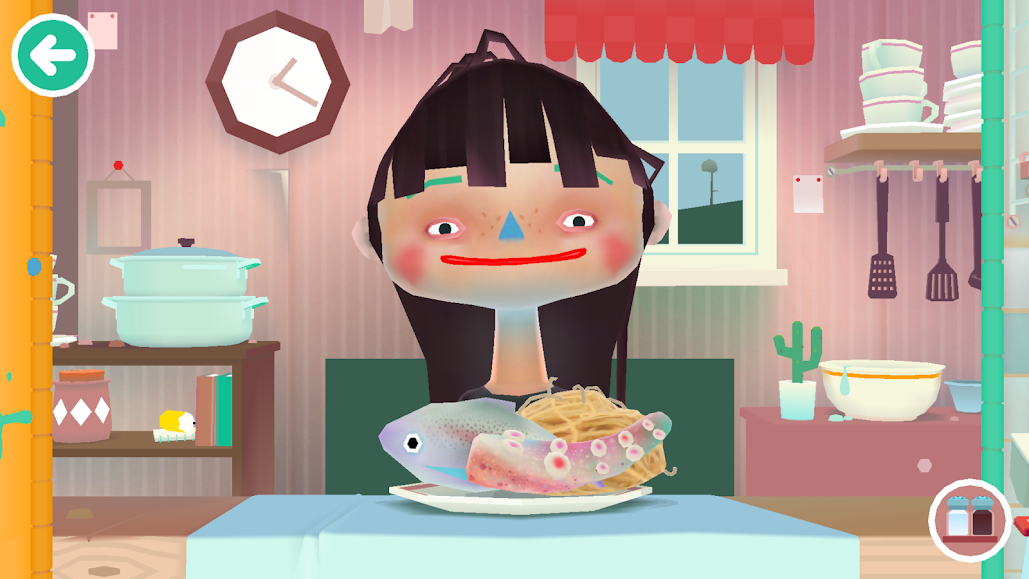 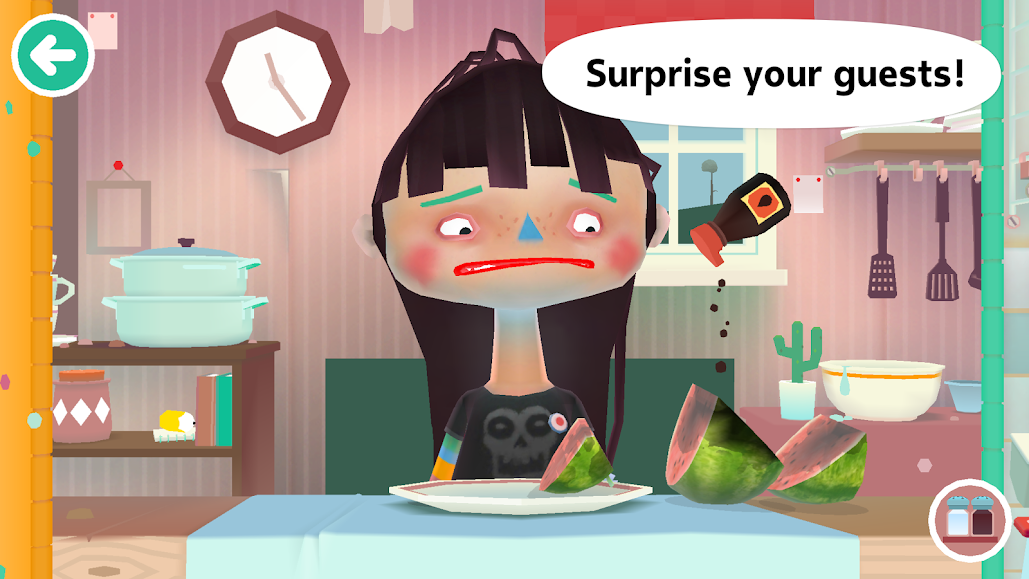 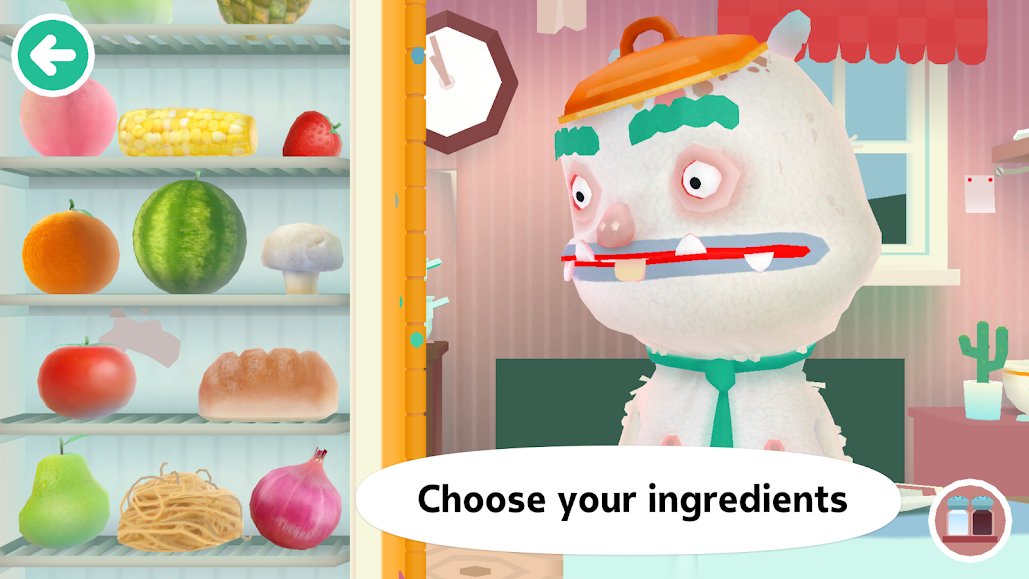 Toca Kitchen 2 is an Adventure, Educational, and Single-player video game developed by Toca Boca for Android and iOS. It serves as the sequel to the Toca Kitchen, where a player takes on the role of a chef and needs to cook several recipes to treat the guests with something new.

Who said dishes have to be pretty and tasty? In Toca Kitchen 2 you can cook however you want! Juice tomatoes, boil the salad, or make a weird shake. Come up with your very own recipes and treat your guests to something special.

The game offers six different kitchen tools and using these tools the player can make the desired recipe. Toca Kitchen 2 comes up with new foods, such as chicken, pineapple, watermelon, strawberry, onion, peppers, salt, spaghetti, and a lot more to cook. For dressing the recipe, a player can use topping, such as Cocktail, Ketchup, Soy, etc.

GET CREATIVE WITH FOOD

Juice tomatoes, boil the salad, make a burger or come up with your very own recipes.

Use five different kitchen tools to explore the experiment and get weird with the different combinations.

Toca Kitchen 2 ©Copyright by Gamdise Do not Reproduce. By JoJo

Toca Kitchen 2 is very similar to its popular predecessor from Toca Boca, another "digital toy" encouraging kids to play without rules or races. This Toca Kitchen sequel has new characters, new ingredients, and different kitchen tools to encourage kids to really play with their food! The Toca Boca apps are made for kids ages 4 and up and what we like about Toca Kitchen 2 is that it lets kids cook however and whatever they want. What is more important is that like all Toca Boca apps, Toca Kitchen 2 has no in-app purchases or third-party advertising, making it a safe digital place for kids to play.

Letting your children play and explore with food is one of the best ways to get them to eat foods like fruits and vegetables. Toca Kitchen 2 is a great way to get your kids exploring and playing in the kitchen. Kids start by choosing a colorful character to feed. When kids open the fridge to survey its savory delights, characters will sometimes express their interest in different foods. Kids can prepare the food with six different tools, including a juicer, chopping board, pot, frying pan, deep fryer, and an oven. Next, does the dish need salt and pepper, hot sauce, soy sauce, salad dressing, lemon, or that catch-call kids' favorite: ketchup?

Once you have cooked and chopped the food you can then feed your character.  Watch for their adorable reactions as they eat, kids love this part the most! The three expressive and diverse characters will gulp down kids' culinary creations, then show their delight or disgust based on their tastes. Just like real people, different characters prefer different foods, prepared in different ways. Kids can experiment with extreme flavors to elicit characters' sneezes, smoky coughs, faints, or the spitting out of food they don't like. The palate-pleasing possibilities are endless!

It was originally an educational game for children, but in fact, many adults also like to play and are obsessed with it. In short, the whole game is very interesting, which means that either way, players of all ages can enjoy the game and have some fun with it. This game is surprisingly fun to play even for adults, and it is free to play too. It can also be played offline without the internet. Definitely a must-have if your child or even you want to have some basic education about cooking something!