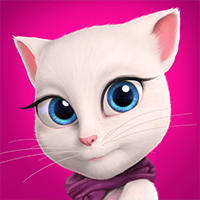 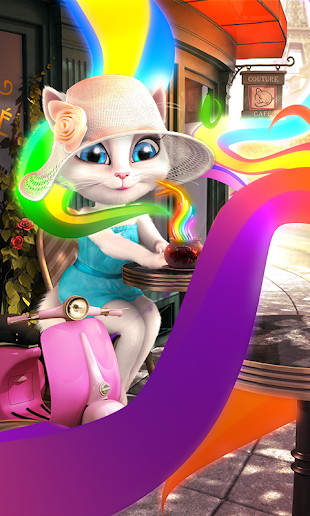 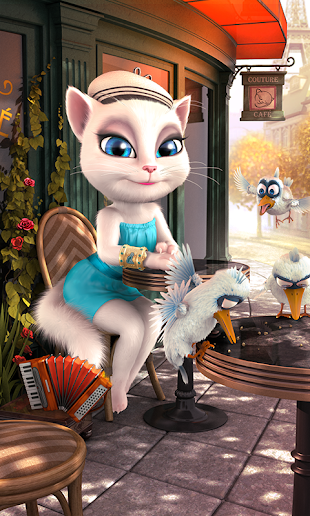 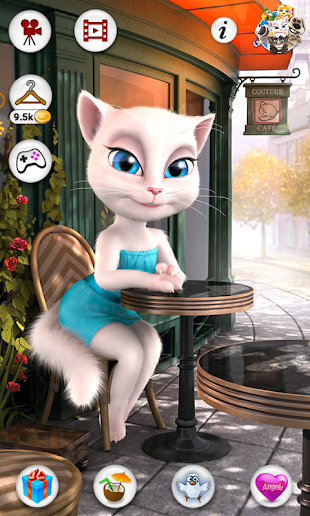 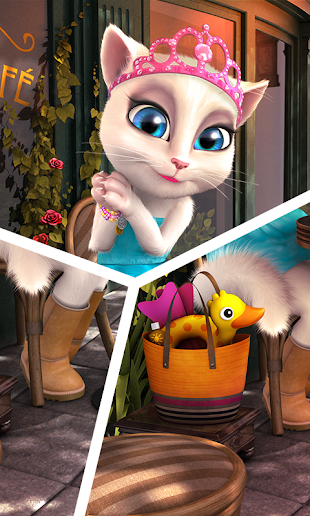 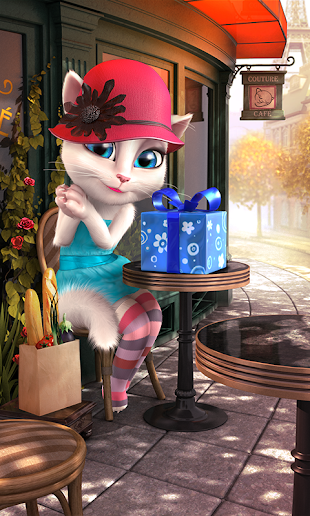 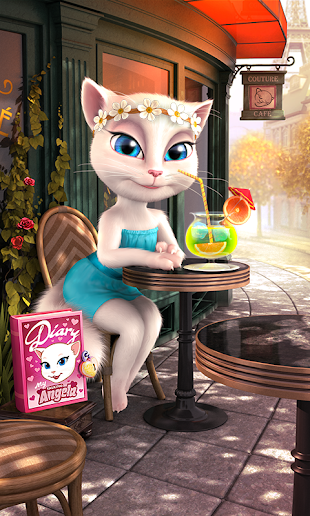 Come join Talking Angela in Paris - the city of love, style and magic.

Talking Angela is a very fun simulated development mobile game. It is mainly to train Angela to grow up and turn her into a charming goddess. The plot of the story is also very interesting. It is a good choice for everyone's leisure and entertainment. Welcome friends who are interested to download it.

Sit back, relax, and enjoy hours of fun with Talking Angela ;)

Talking Angela ©Copyright by Gamdise Do not Reproduce. By JoJo

Talking Angela is so sweet, I just love how the cafe and the birds go together, and I love the makeup. I put on party makeup with a pink crown and they are so great. My favorite foods are rainbow slurp and night nectar. I like this game, even though there are some bad rumors about it. I heard on youtube that there's a big dangerous secret in this app that makes it horror and parents and kids fear the app. However, I only downloaded this game last week, and nothing creepy is happening.

In February 2014, Talking Angela was the subject of an Internet hoax claiming that it encourages children to disclose personal information about themselves, which is ostensibly then used by pedophiles to identify the location of these children. The rumor, which was widely circulated on Facebook and various websites claiming to be dedicated to parenting, claims that Angela, the game's main character, asks the game's user for private personal information using the game's text-chat feature. Other versions of the rumor even attribute the disappearance of a child to the app or claim that it is run by a pedophile ring, while some go so far as to even claim that the user is recorded by the camera and can be seen in Angela's eyes. The rumor has been claimed to be true even by YouTubers and even on the app's review page on the Apple App Store and the Google Play Store, even though there have been no verified reports of the said events happening.

I heard it was because of The scare，Outfit7 removed the chat feature from the app due to the pedophile hoax. If you want to play this game, you can download it and try. Don't influence your judgment because of those absurd rumors. I'm sure this game is safe.