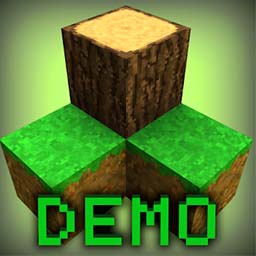 Survival World is an open sandbox video game developed by Marcin Igor Kalicinski under the Candy Rufus Games brand in 2011. Following the early test version, it was released for Windows Phone on November 16, 2011, and is also available for Android, iOS, and Microsoft Windows. The game is set on an open-world desert island, where players collect resources and items, which can be made into survival tools.

You are trapped on the shore of an endless world. Explore, mine resources, craft tools, and weapons, create traps, and plant plants. Customize clothes and predator food and resources. Build a shelter to spend the cold night and share your world online. Ride horses, camels or donkeys, and cattle to protect them from predators. Breakthrough the rocks with explosives. Build complex electronic devices. In this long-running sandbox survival and construction game series, the possibilities are endless.

This is the thirtieth release of Survivalcraft, and it adds a new armor and weapons tier - copper! You can now paint stairs, slabs, fences, and signs and place electric gates on the floor or ceiling. Wander in dense forests full of tall spruces and fallen logs. Explore bigger caves, but watch out for huge magma chambers underground (15x bigger than 1.28). There are new sound generator sounds for you to use, including hi-fi drums!

Survivalcraft brings features you love in the PC version of the most popular blocky world game to your mobile device: infinite worlds, caves, logic elements (electricity), weather, boats, ridable animals, explosions, clothes, armor, and many more. It does so while maintaining its own realistic, survival-themed style.

Survivalcraft ©Copyright by Gamdise Do not Reproduce. By JoJo

Survivalcraft is an RPG game developed with an independent engine. In the game, you are trapped on a deserted island. During the day you need to constantly explore, mine minerals, research crafts, and weapons, use traps and some other means to protect yourself, and then build a shelter in the evening to let yourself rest. You can also share your game results with players from all over the world. There are infinite possibilities in this game. At the same time, you can switch between the first-person and third-person perspectives and the directional perspective of the bystander. Survivalcraft uses the pixel-style graphics of Minecraft, with high-degree-of-freedom game operations. Players can fly and explore in the game to create their world. Of course, they can also fight against various animals in the game to find a way to survive.

When the game starts, players will generate an open world based on parameters such as average temperature and humidity. After setting up the world, the player character is trapped on an island because the crew of a nearby ship announced that they will not come back to find them. After the dialogue is over, players need to collect resources and items to survive. Players can start by cutting down a tree to obtain wood, and then create a workbench. You can then use the workbench to create items and blocks. The items that can be made in the workbench, as well as the items needed in advance and the method of making them, can be seen in Recipaedia. Then, players can use these tools to increase the hunger bar, by eating food for hunting animals, building shelters as places to sleep and overnight, or mining to obtain underground resources. If the character does not eat for a long time, the hunger value will be reduced to zero, and the character's health value will also be reduced to zero. If the health value drops to zero, the character will die. Players also need to make clothes to prevent the character from freezing and running out of health points.

There are four different game modes in the game: challenge, cruel, harmless, and creative. In the first three, the game characters began to return empty-handed. The challenge for players is to survive on the island alone and collect the necessary resources to make items and blocks to survive. The harmless mode makes survival easier. Neutral animals will not attack unless provoked, and they will heal faster. The challenge is a normal survival mode. Once the character reaches a certain distance and a longer and conditional healing time, the animal will attack. Cruel's only difference compared to Challenging is that the world is deleted if the player dies. On the other hand, Creative mode equips the player with an infinite amount of every block and item on the game. The character could fly and could not die or experience an injury while playing in this mode.

In the early stage, sleep is a problem. It is best to build a house or sleep in another place. You can find a safe place, dig a deeper pit or find a hole. Remember to take the stairs and leave after you wake up. Cover your head with leaves to prevent animals from attacking you. This is the safest way. Rock caves or other caves are inaccessible. If you find it, you can sleep after confirming that is safe. Sometimes you will be attacked by animals such as bears, so pay attention to your surroundings. In addition, if the ground is too hard, you will not be able to sleep.

The 30th and last update of Survivalcraft were released in March 2016. The update added many new items and blocks into the game, such as copper items, stairs, and colored LEDs. Several tweaks on the area of forest and caves were also conducted in its final update. If interested I recommend you download and try, have fun!