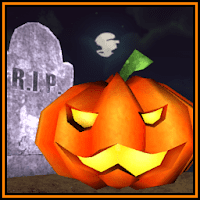 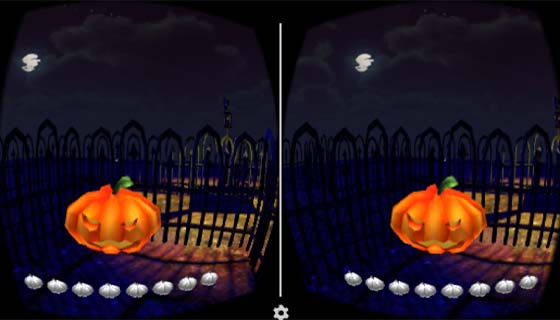 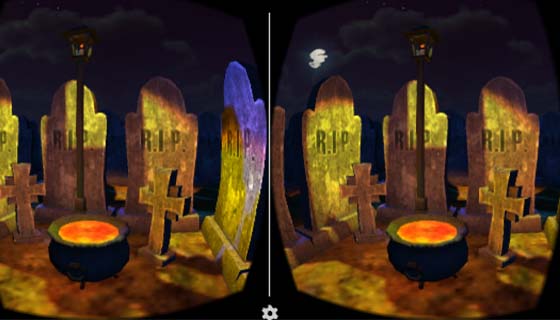 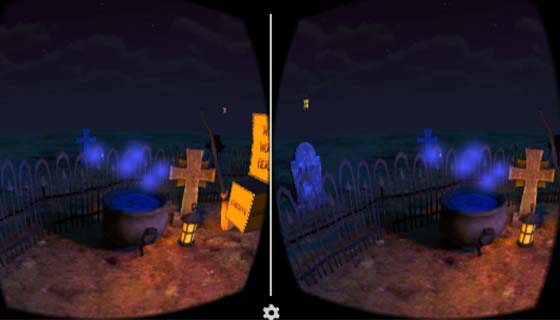 Halloween Maze VR is a horror-style escape game where players need to get out of a maze and reach a tower. Through the acceleration sensor and gyroscope in the mobile device (such as iPhone or iPad), players can move their bodies and walk around in the real world and the virtual world. In addition, the game also contains a variety of hidden eggs.

Using a Google Cardboard device, make your way through 3 different levels with a range of difficulties!

■Simply look in the direction that you would like to walk, and then tap to start moving or tap again to stop. To use buttons, look directly at them and tap.

■The easy and medium levels have you gathering Jack O' Lanterns to win, while the hard level traps you in a graveyard labyrinth, complete with mild jump-scares and only one way out!

■This completely FREE game contains NO ads, and NO special permissions are required. Just download and have fun!

■If dizziness or gameplay fatigue occurs, please take a rest and play later.

Halloween Maze VR ©Copyright by Gamdise Do not Reproduce. By JoJo

Although there are only three free levels, I have to say it is awesome! Overall a very good experience, not to be missed. Nice graphics. I did get lost in the maze, but there's almost no sound so there's no creepy atmosphere. Visually it's worth downloading.

The whole month of October is regarded as the "season of horror" by most Internet cultures in the West, celebrating the upcoming Halloween. As the leaves turn orange and pumpkins begin to appear on the porch and windows, everyone wants to look for some creepy and immersive experience. Halloween Maze VR has done, it performs particularly well in horror scenes and provides players with an immersive experience. In addition, it combines the horror experience with puzzle gameplay which is so addictive.

Your main goal is to reach the tower, and it requires you to use logic and memory to find the correct route. If you lose track of the tower, quickly jump over the walls of the maze to reposition yourselves. Two of the mazes asked players to collect jack O’ lanterns, which the player could do so by finding and walking into them. As they did so, the world-space UI counter at the bottom of the player’s view would fill up to indicate progress. In addition to the maze routes, Halloween-themed decorations were scattered throughout, with lighting provided by lanterns at strategic points to help with navigation and mood.

This experience can be used whether you have a VR headset or not, but the developer recommends using a VR headset if you want to get the best experience. The developer said it was designed specifically for Google Cardboard, but it should be suitable for most smartphone-based VR headsets. You can challenge yourself to complete the maze in the fastest time - the fastest player gets a place on the leaderboard. There are also various hidden Easter eggs waiting to be discovered.