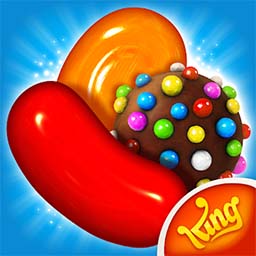 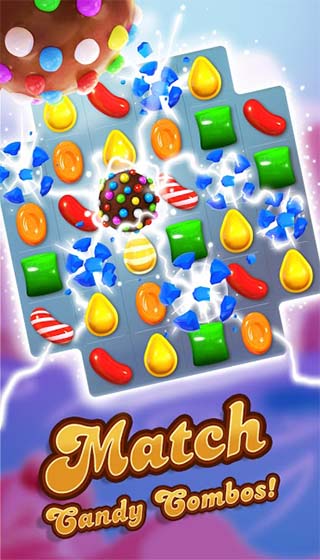 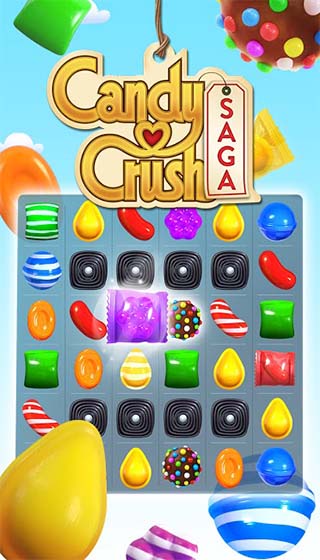 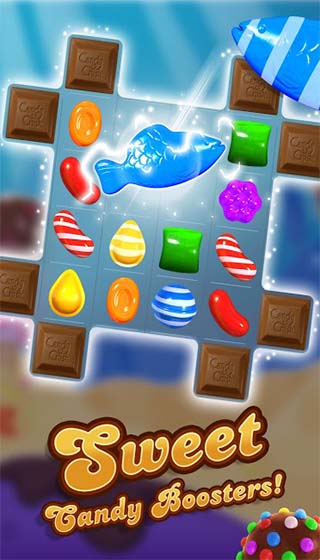 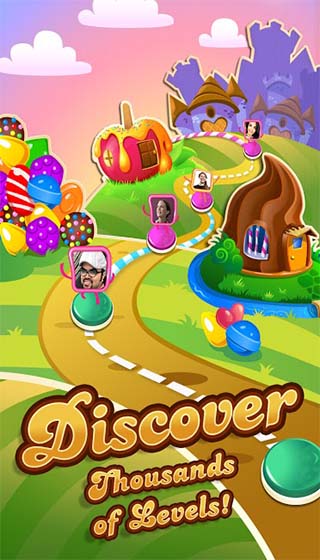 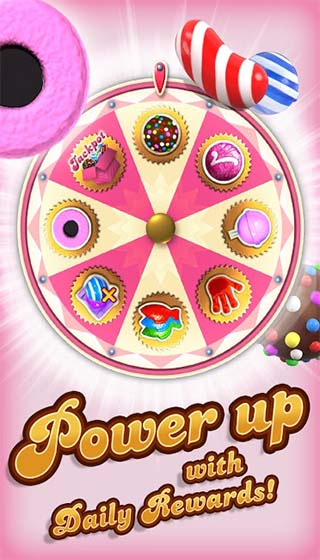 Candy Crush Saga is a beautifully illustrated triple elimination game in which players need to match three candies in a row to get through a virtual world of snowmen and Loch Ness monsters. You can swap and combine candies to challenge over 100 levels of sweet candy elimination for a sweet and delicious sensation. Just complete three additional fun levels to move on to the next area! The game has a high level of integration with Facebook. Players can bring their achievements and purchase virtual currency from the Facebook platform to the local Android app and also from the Android app to the Facebook platform. Game scores and progress can also be stored or accessed simultaneously on different platforms.

Opening up a world of deliciousness and meeting sweet characters.

Candy Crush Saga is a "match-3" game. Its core gameplay is to swap two adjacent candies between several candies on the game board to make a row or column of at least three candies of matching colors. In this game, the matching candies are removed from the board, the candies above them fall into empty positions, and new candies appear from the top of the board. This may create a new set of matching candies, which are automatically cleared in the same way. Players score points in these games and gradually gain more points in a chain reaction. In addition, creating a match of four or more candies will create special candies, and when matched, the rows, columns, or other parts of the board can be cleared.

The game is divided into multiple levels and must be completed in order. Each level poses different challenges to users, such as reaching the minimum score in a fixed number of actions or clearing candies in a fixed number of actions to bring special ingredients to the bottom of the board. The chessboard has many different configurations and may include special spaces with its own unique rules, for example, the space covered by the jelly must be cleared by matching in this space. If the player reaches the goal of the level, they will receive one to three stars based on their score and can proceed to the next level. Otherwise, they will lose a life and must try again. If the player's life is exhausted, they must wait for a period of real-world time to rebirth their life, and then try the level again. If necessary, you can replay the completed levels.

The game has been expanded for many episodes, with dozens of new levels and new game mechanics added to each episode. Each episode has 15 levels of gameplay. In the first major expansion pack of the game, the game adds a set of separate levels to the fantasy world. Although the goal of the level is the same, the player must balance the combination of two randomly selected colors of candies so as not to disturb the sleeping owl Odus; if it fails, the level must be replayed. If they collect enough matching candies to fill a meter, the game will automatically activate Moon Struck power: the two-color candies on the board are cleared, and the player gets a few extra rounds of matching without the need to balance the colors. After that, Odus went back to sleep and randomly selected two new colors to balance. This continues until the player completes the level or runs the round like the main game. The levels of the fantasy world use a different life from the main game, allowing players to switch back and forth between these modes. Dreamworld is no longer available.

Candy Crush Saga ©Copyright by Gamdise Do not Reproduce. By JoJo

With over a trillion levels played, this sweet match 3 puzzle game is one of the most popular mobile games of all time!

Candy Crush Saga is an eradication mobile game developed by the Swedish team and launched by King. The background of Candy Crush Saga is destined to be born with a pure Nordic ancestry, with a Nordic romantic fairy tale atmosphere. Northern Europe is located in the northern part of Europe. Due to the long winters, cold weather, and lack of ingredients, candy occupies an important position in its not too rich food culture. The sound and animations when the crystal clear candy collides with each other are not only refreshing. It also makes people salivate. I want to go to Northern Europe to experience the candy culture in person.

Candy crush saga has 245 levels currently (more will be added in the future), you need to unlock new levels step by step according to the breakthrough system. Most of the traditional match-3 games are limited by time. The more elements you eliminate in a fixed time, the higher the score. The only indicator of your sense of accomplishment is to win high scores.

There will be some AD in the game, I can check out an advert to gain extra lives in the game or open a present at the sweet cinema. You begin with five "lives", lost whenever a level is failed. This applies to all of King's games. When they are exhausted, users can either send requests to their Facebook friends for more lives, wait for them to replenish themselves (a life is restored every half-hour), or purchase them. Boosters, to make the levels easier, can be bought using in-app purchases. While the game includes freemium content, 97.7% of those playing the game do so for free, while only 2.3% pay.

I think it is a great game, but you will also become frustrating when you can't pass a level. It would be nice if there were rewards more often and more lives. Like a couple more during the game chances to win extra lives during a game and possibly around off and on throughout the map that has endless lives for that round.