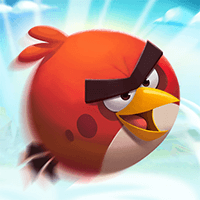 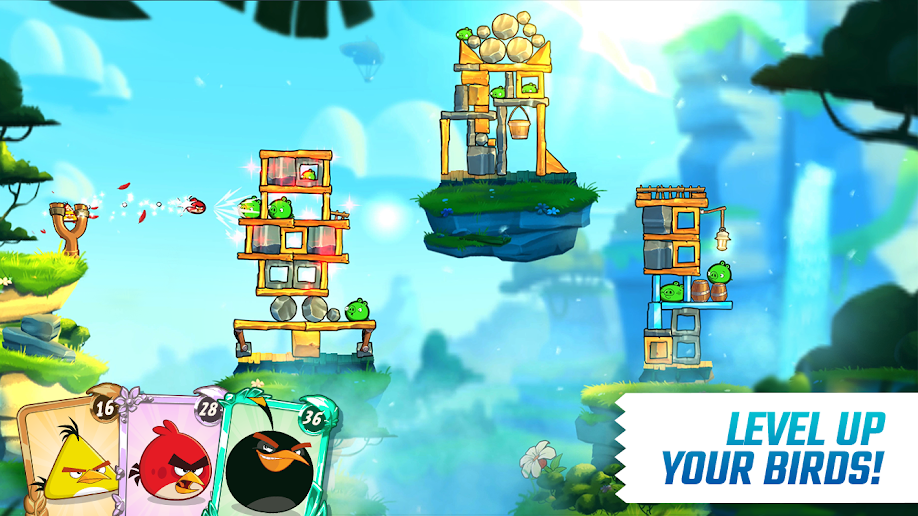 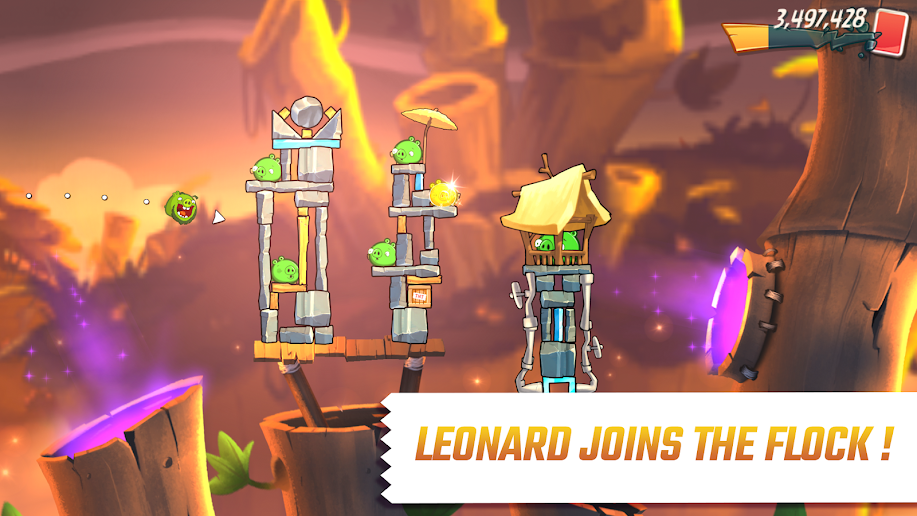 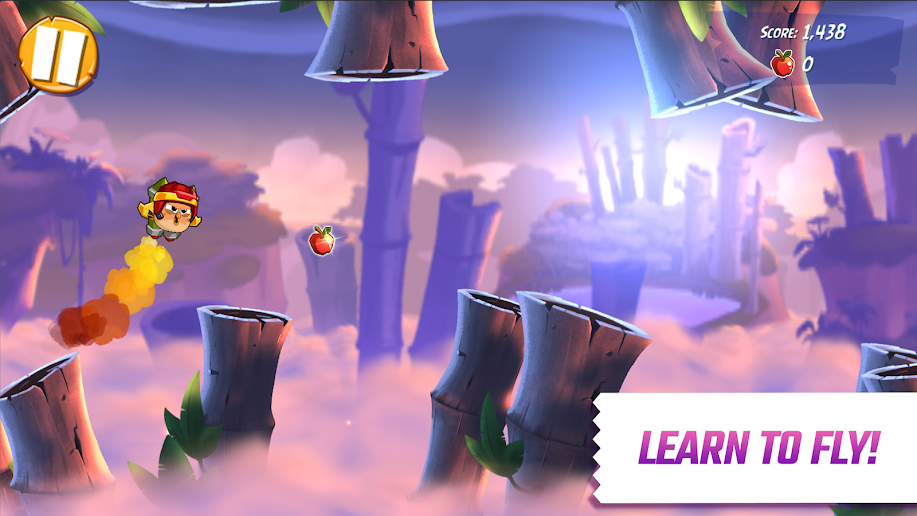 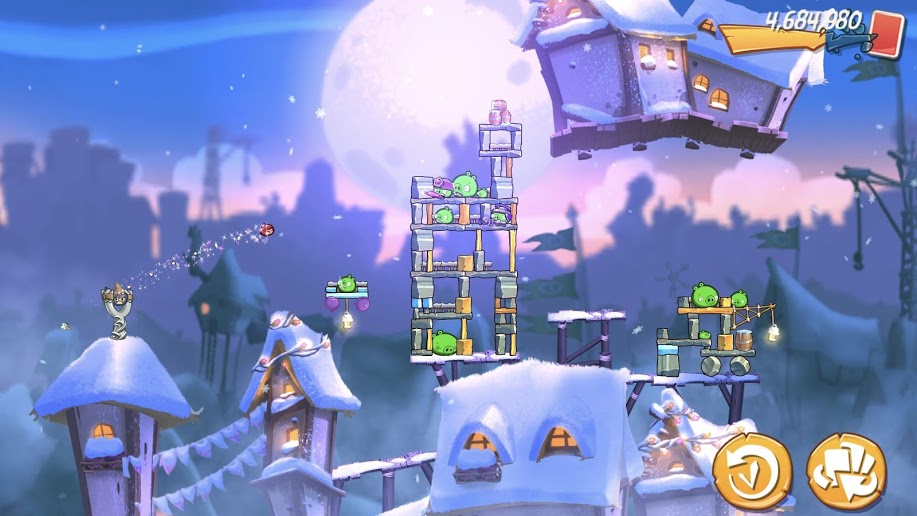 The Angry Birds are back in the sequel to the biggest mobile game of all time! Angry Birds 2 starts a new era of slingshot gameplay with super stunning graphics, challenging multi-stage levels, scheming boss pigs, and even more destruction.

It is the classic Angry Birds game. Everything you love is still there, and it adds exciting elements. Choose the bird to pop up, play with friends, and compete with players from all over the world.

Choose which bird to put on the slingshot and use strategy to defeat the pig!

Foreman Pig, Chef Pig and the infamous King Pig have snatched the eggs… again. Are you gonna let 'em get away with that? Let’s make some bacon!

You can use feathers to upgrade the bird's level and improve the bird's scoring ability. Create the ultimate flock of birds!

Collect funny hats with different themes to improve the fashion level of the bird.

Connect to Facebook, and challenge players from across the world! Score high to climb through the leaderboard – do you have what it takes to join the elite in the Diamond League?

Angry Birds 2 ©Copyright by Gamdise Do not Reproduce. By JoJo

Angry Birds 2 is a casual puzzle stand-alone game developed by Rovio Entertainment Ltd., its release is a gospel for Angry Birds fans. Because its graphics and gameplay are very classic, and many new things have been added, people can't help but want to explore it quickly. Let me start from a few different aspects to help you learn more about this game.

To retaliate against the fat pigs who stole the eggs, the bird uses his body as a weapon to eject himself with a slingshot, transforming into a cannonball to attack the fortress of the fat pigs. The game is full of joy and a relaxed rhythm.

"Angry Birds 2" is created by a 3D engine, with ultra-clear dynamic scenes, incorporating dynamic scenes such as tree swings, storms and lightning, and special lights and shadows. There has never been such an amazing scene on Pig Island, allowing players to experience the immersive feeling. I like to see the series of expressions on the pigs, they are very cute and funny. For example, when they can't even hit them, they will laugh or stick out their tongues.

You only need to use a simple and interesting touch screen to play the game. Press and hold the slingshot on the left side of the screen with one finger to pull → adjust the launch angle → release to pop up the bird, pull it back to cancel it; Tap anywhere on the screen while flying in the air to trigger the bird's skills. The ejection angle and force are controlled by your fingers, and the timing of releasing the skill is also controlled by you. Pay attention to the strength, angle, and skill release to hit the pig's head more accurately. The ejected bird will leave its ejection trajectory, which can be used to adjust the angle and strength of the reference. In addition, the fewer birds used in each level, the higher the evaluation will be.

The main currency in the game is diamonds. You can get them in many ways, and you don't have to spend real money to buy them. When you have no boxes, life, and no birds to use, you can solve it by watching the 30-second advertisement. In addition, there are many levels in the game, which seem to be difficult, but as long as you study more and adjust the route, you can still pass. It is not like many players say that you have to spend real money to pass the level. If you really can't beat it, you can go to play a few days of daily challenges to accumulate some feathers to help clear the level.

In general, I think Angry Birds 2 is still great as a casual game! Its graphics and level settings are very careful, but I can always see some players complain that the game is too difficult, there are too many ads, and the level cannot be passed without real money. In my opinion, the above-mentioned problems are not obvious in this game, the levels are not difficult, and there are even many people who have reached level 1000. The number and timing of advertisements are also considered appropriate, and watching advertisements can bring players some rewards to help pass the level, adding more possibilities to the game. As for whether to spend money on the game, I don’t think it is necessary for this game. On the one hand, even if you don’t spend money, there are some ways to pass the level; on the other hand, you have to know that this is a casual game. Just think of it as a pastime in your free time. You shouldn't care too much about its competitive nature. If you encounter a level that you can't pass, thinking and researching continuously is not a kind of fun?